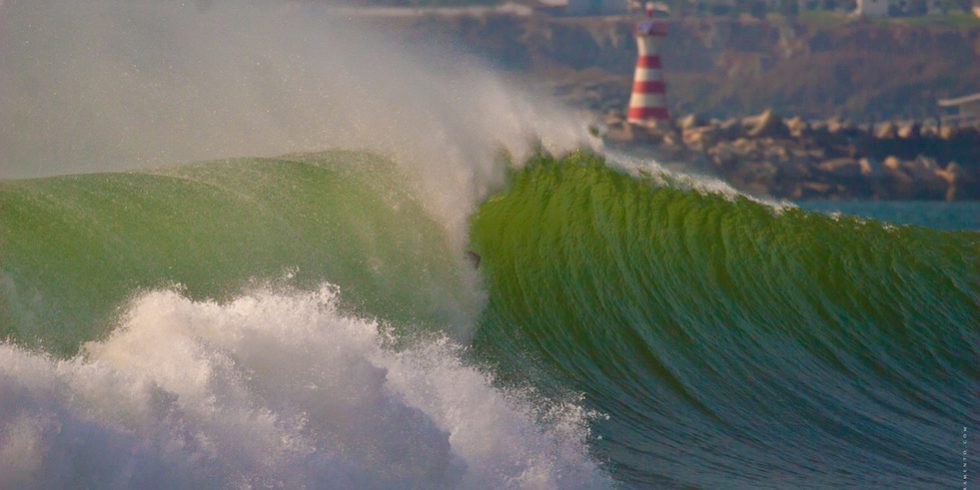 The surf world is approaching Portugal and we are looking for those who really understand and will pass on the tips for those who want to know the amazing beaches of the region. No one better to give these tips than Head Coach Felippe Bonela Dal Piero who has been living in the region for years.

Supertubos is one of Portugal’s best known peaks with its famous waves and an extensive strip of sand. For more experienced surfers, this wave is known to be part of the World Surf League Championship Tour. This place is famous in the small fishing village of Peniche, Portugal earned its nickname for decades pleasing surfers from around the world before being revealed to the masses during the 2010 Rip Curl Search event. The waves were so good during the 2009 event that WSL and top sponsor Rip Curl decided to make Peniche a permanent stop every October on the dream tour. When we talk about Supertubes, epic surf sessions are always coming to mind, full of long, powerful sand-bottomed cylinders. However, Supertubos is not an easy wave to master. The strong storms that plague the North Atlantic, along with unique bathymetry, elements like these together make Supertubes one of the best beach breaks in the world.

The largest swells enter from October to April, during which time swells are generally consistent over a long period. The Supertubos ripple window is technically open from WNW (295 °) to SSW (191 °). Most of the swell comes from west to northwest, with thunderstorms favoring Europe, maximizing swell energy. Favorable wind direction North-NE, which provides a perfect line-up.

Bathymetry plays a vital role in how waves behave as they approach and break along the coast, refracting energy in or out of different locations with each variation in swell direction and period. Bathymetry is the study of underwater depth of lake or ocean floors. In other words, bathymetry is the underwater equivalent to hypsometry or topography. The name comes from Greek (bathus), “deep” and (metron), “measure”. Carved by an ancient river at a time when sea level was much lower, a large deep-water canyon (the Nazaré Canyon) crosses the continental shelf north and west of Peniche. This canyon winds through the town of Nazareth, about 34 kilometers north of Peniche, where it significantly affects local waves (especially during large swells). One branch of the Nazaré Canyon extends southeast toward Peniche. This branch of the canyon is coupled to an underwater mountain range (covered with some islands) that extends northwest from Peniche to the Nazaré Canyon. This canyon / mountain range relationship helps refract incoming waves towards Peniche and Supertubos. “Depending on the seats, the best tidal conditions (less current and wider pipes) occur with the tide filling. With the rising tide you are likely to do a little backwash.”

A sandbar extends about 800 meters off the coast of Supertubos, with a drop into a deep ditch on the south side of this sandbar. As the swells approach, they refract and turn the south coast and again cross against the original direction swell, approaching more directly. This convergence and focus of swell energy in a common zone amplifies the wave height creating powerful, hollow peaks that name Supertubos.

“Peniche is located on a peninsula so traveling to this blessed area is always worth it: If you arrive at Supertubes and it is flat or too big for your surf level or an impossible onshore, you just have to turn around and look for other spots in the area like Baleal, Peniche.”

Want to know more about this world class surf break, get the chance to surf it  with head coach Felippe Dal Piero in the water?!
Reach out to us and book your next surf trip to Europe´s best surf spot and get individual coaching to reach your next goals.