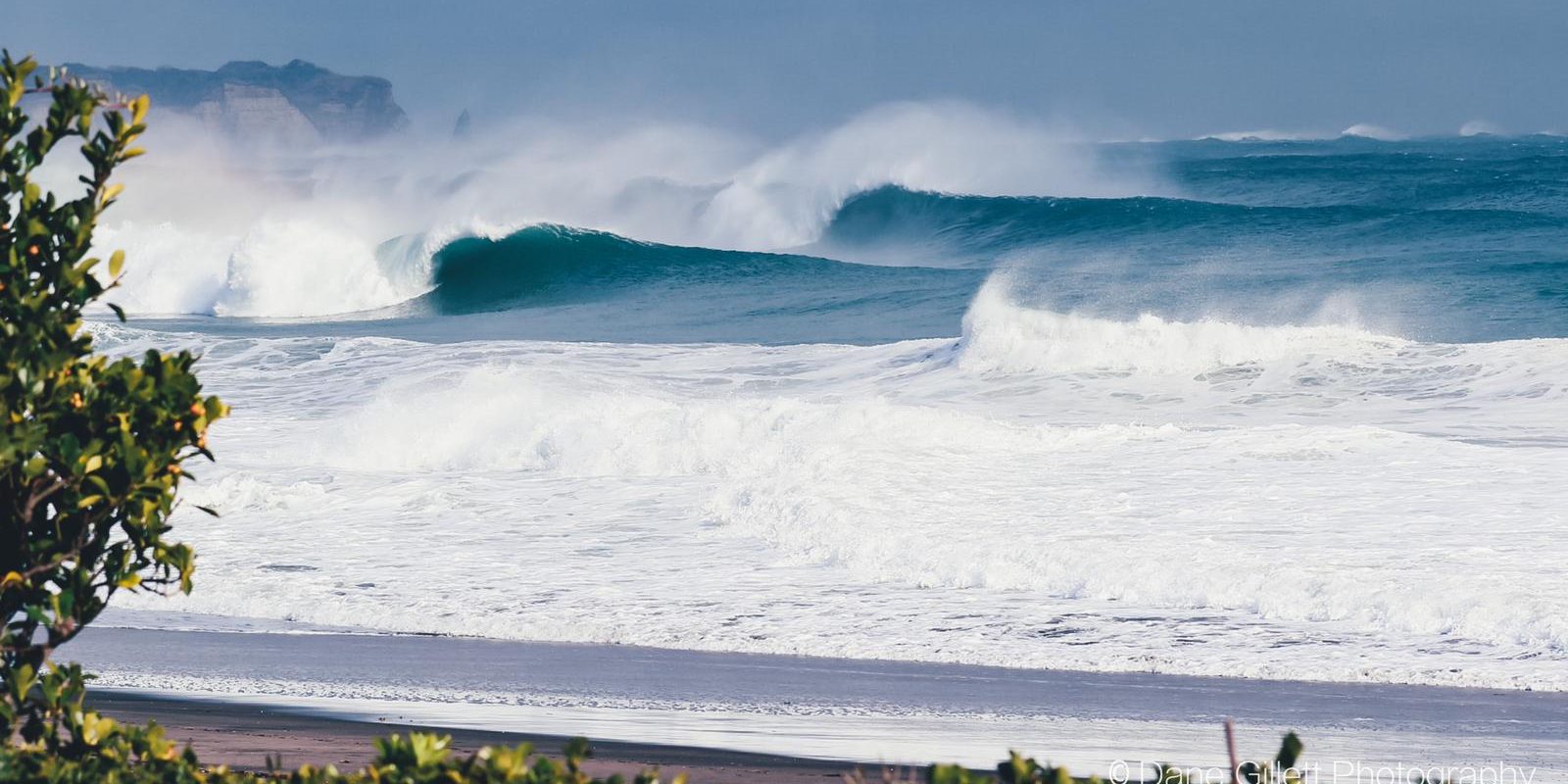 A Postmortem On The Postponement of The Japan Olympics

The 2020 Tokyo Olympics, originally scheduled to run between 24 July and 9 August 2020, were set to debut surfing as an alternative sport – a hallmark in its history. Alongside, the games would have also moved Japanese surfing under the brightest and broader spotlight thus far, creating an opportunity for the country’s wave potential to be foregrounded, and its position as a surf nation and destination to be crystallised.

Around Tsurigasaki Beach (Shidashita Point), the chosen host site for the surf contest located in the Chiba Prefecture, roughly 60km south-east of Tokyo, preparations were underway. New hotels and establishments cropped up; business owners set premium prices and waited for a waterfall of bookings to come through; local surfers rejoiced with the prospect of welcoming such a prestigious gathering of elite athletes to their home breaks.

With the outbreak of COVID-19, it all came to a halt. The Olympic Committee decided to put the games on hold until 2021 –  a change of course that forced many people and businesses, as well as the government, to restructure their plans. The deferral caused disappointment among the surfing community and industry. Yet this hiatus also makes room for bird’s-eye considerations over the state of affairs of Japanese surfing, and a closer look into the maturation of the country’s surf scene.

As an archipelago of more than six thousand islands and over 29,000kms of coastline open to a wide range of swells (both from the Sea of Japan and the mighty Pacific Ocean), it is a matter of course that Japan has plenty of high-quality surf spots. Typhoon season, which usually stretches from September until November, is considered the best time to surf in Japan, when solid long-period swells hit the Pacific coast and waves as big as triple overhead roll into a myriad of bays. Consistency decreases with temperatures as the winter season approaches. But those who don’t mind the cold water and wearing full 5/3 wetsuits are bound to find world-class, uncrowded waves before swells die down in April/May.

A swell magnet easily accessible from Tokyo, Chiba is one of the most sought-after regions for surfing. Spots like the 3 M’s (Mera, Maruki, Malibu) are renowned for their line-producing reef set-ups; Obachans and Kusohita for the quality of their barrels; Shotgun for big wave surfing; and Chikura (host beach for one of the JPSA Longboarding circuit legs) for its thriving longboarding scene. Other areas such as Shikoku Island not only offer an array of first-class waves in diverse breaks – such as Shishikui (rocky beach break) and Koifu (one of Japan’s best river mouth waves) – but also buzzing surf communities across Kochi and Tokushima prefectures. Nonetheless, in the eyes of most western surfers, Japan’s wave potential remains as obscure as its writing system. Much of this mystery is due to the country’s relatively late adoption of surfing – as well as the ensuing idiosyncrasies in the development of its surf culture.

Although sources point to wave riding in Japan dating back to the Edo period (1603-1868), it wasn’t until the 1950s, with an increasing number of Western media outlets portraying the sport and becoming accessible to the Japanese population, that the practice began to consolidate and evolve. The ontogenesis of surfing in Japan received its initial tangible push in the early 60s, when American soldiers stationed near Tokyo would bring their surfboards along and explore spots around the city, particularly in the Chiba prefecture. Such exposure to the sport and the craft allowed locals to begin shaping their own boards and the first generation of earnest wave riders to emerge. Trailblazers such as Chiba-born surfer-shaper, Mikio Kawai, and Californian shaper Tak Kawahara, helped disseminate surfing in and out of Japan. Kawai, after watching stand-up surfing on TV in his late teens, borrowed a board from a visiting American surfer, eventually becoming a major figure in the Nipponese surfing and board-making scene, 10-times winner of the All Japan Surfing Championships. Kawahara sojourned in Japan in 1963; he was the first to build boards in the country and later created his signature label, whilst also thoroughly exploring spots along Chiba’s coastline in the years to come.

By 1965, the National Surfing Association (NSA) was established and after only five years the sport had spread across the country, luring some 50,000 followers. With the post-war golden age, leisure activities came to represent a pillar in Japan’s economic development: people had money to spent and businesses/companies of all sorts began to tap into the benefits of the sport through their marketing campaigns. The bad stigma that used to clad the surfing subculture was suddenly lifted. Stores stocked surfwear, youngsters listened to “surf music”, and parents began to sign their children up to surf schools and surf camps, simmering a new generation of Japanese surfers.

Surfing became a trend; but unlike other parts of the globe, a rather exuberant one. It seeped into different subcultures and industries, was distorted and fitted, and utterly driven by and for trade and commerce in an almost overwhelming degree – which, for better or worse, seemed to be the push the sport had been waiting for to find its way into mainstream society and grow its own legs. But even with the number of Japanese surfers skyrocketing and the industry ballooning, the overall view of Japan as a surf nation remained single-stranded and incongruous to the surf world at large. It felt feverish, thus outlandish. Consequently, the range of influence Japanese surfing had was limited to its insular borders: The country even hosted international events, but besides top-notch wetsuits and sporadic pro surfers, it didn’t export the cultural or athletic driving force as that of neighbouring Australia or the USA.

To a large extent, that is precisely the context in which the Olympic Games would have had the potential to step things up: Japan is already a ‘surf nation’ – it could benefit from reasserting its role as a ‘surf destination’. But according to Dane Gillett, a seasoned surfer from England who moved to Japan 24 years ago, albeit the postponement of the event represents a setback for many, not all are tears on that front. “There’s a lot of excitement around the ocean this time of the year,” he says. “Most of the guest houses and hotels around here, during July and especially August, are already full regardless of the Olympics being held or not.”

Dane runs Splash Guest House in Hebara, just 20kms south from the Olympic site, and has been compiling information on surf spots across Japan, sharing them online via SurfingInJapan.com. Actively involved in the Japanese surf scene both as a surfer and as someone who depends on the prosperity of the industry, Dane points out that, despite the dampening of expectations and the missed opportunity to boost profits, local businesses (usually the ones most affected by such events) had merely to redirect their focus, switching their ad campaigns back to the local market as per usual.

As for surfers, Dane reckons that, besides the obvious fact that the event would have placed Japan on the radar and that a few spots have been banned for health security reasons, the pandemic and postponement of the games haven’t shaken local communities – they may have even strengthened them. “You’ll often hear people saying ‘shoganai’, which means something like ‘that’s just life’ or ‘such is life’,” says Dane. “And what they’re really saying is that if we knuckle down, put our heads down, try to work hard, we should get through this together.”

He goes on to stress that this sort of mentality has allowed many people to concentrate on the upsides of such a sudden change of course, reimagining ways of enjoying and promoting what is already there. After all, in a country of 120 million people and millions of active surfers, a self-sustainable surf industry and culture, and thousands of spots to choose from, the Olympics would have been a channel to more visibility – not the visibility itself. The visibility is there: surfers are out in the water, the waves keep on rolling.

That the games would have made (or will make) the surfing soil more fertile and given the industry a boost, no doubt. But one is also led to wonder to which extent this spotlight would have (will) actually unveiled the uniqueness of its many-sided surf culture, nurtured its sundry surf scene. Perhaps the real value lies in the potential the event had to set the pace for a demystification of Japanese surfing. Perhaps the main role of surfing’s debut in the Olympics is not for Japan to open its doors for the global surf population – but for the global surf population to walk in.

Our favourite places around Europe to Hang Five

A Guide to Sustaiable Travel